Skip to content
You might be surprised to learn that your meal also has a villain; There is a vamp. Do you know who? It’s sugar. Some call it morus and in English it is called sugar. Sugar is the name of the illness. What is called diabetes, or diabetes. You can’t even imagine the bitterness that sugar-sugar has in your life as much as it does morose. 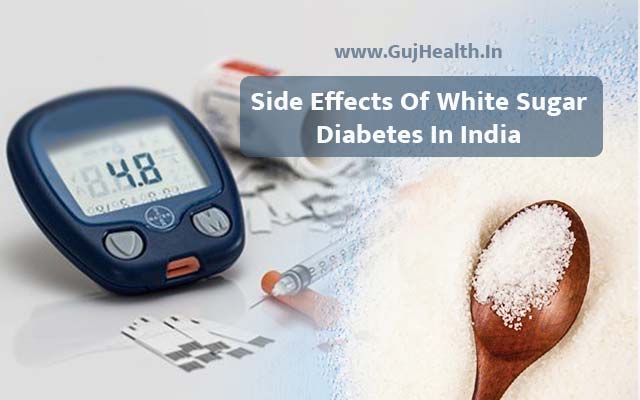 Just imagine. Whether you’re watching a TV serial every day or watching a movie sometimes. Where there is a family drama, there will be no villains or vamps. And if it doesn’t exist you might not even enjoy watching everything look so good.
Why do you suddenly have to call this sugar poisonous? But researchers at the University of California say that people who are addicted to sugar or sweeteners are in the rows of addicts, just as people are not allowed to get addicted to tobacco or alcohol.
Scientists believe that excessive sugar consumption leads to the onset of metabolism in the body, leading to increased obesity. Blood pressure is high and hormone balance is depleted. Liver deteriorates and also affects the kidneys.
It is believed that throughout the last fifty years. Sugar intake has more than tripled in the world and the prevalence of obesity, heart disease, cancer and liver related diseases has increased. Sugar in the last 4 years in India. Consumption has risen to over 3 crores tonnes, which is 13% of the world.

Side Effects Of White Sugar

Of course, eating sugar does not lead to diabetes but diabetes is due to changes in the body. Eating sugar increases obesity, impairs metabolism and hormone balance, increases insulin resistance and causes pancreatic cells to fail. Diabetes due to this. The potential increases.

When we eat fructose, it goes into the liver. If the glycine is low in the liver, such as the fructose, it fills the deficiency. Most people do not take fucose after long labor, their liver is filled with glycone. The liver converts fructose into fat. Some of the fat is gone but some portion is left in the liver. This can cause liver disease.

Cancer is known to be one of the most fatal diseases in the world today. Cancer cells do not grow if the amount of sugar has been reduced since the growth of cancer cells in the body.

Sugar contains calories but lacks nutrients. When there are no calories without nutrients, it goes into the mouth and produces bad bacteria which are infused in the mouth. Thus, staying longer can have a bad effect on the teeth. By filling in between the teeth and gums, the bacteria cause tooth decay so that the teeth become weak.

When you eat sugar, the energy produced by it reaches the brain. It satisfies eating something. When dopamine is released into the brain, it is deficient in satisfaction and hence the desire to eat sugar again. Thus it is even more dangerous than intoxicating substances.

Until now, it was believed that diabetes was only applicable to the city’s happy affluent people and the wealthy people living ash sedentary living due to the roof of money. But the latest latest research and investigation findings have revealed that diabetics are now taking the urban poor. The disease is rapidly gaining ground in the poorer economic and social class of society.
A survey conducted in 11 Indian states showed that the proportion of diabetes in urban areas was more than double the 11.1%. In 7 of the 15 areas covered in the survey, the prevalence of diabetes was higher in cities and villages than in cities. The survey was conducted in Punjab, Tamil Nadu, Andhra Pradesh, Maharashtra, Tripura, Andhra and Chandigarh.
The richer states with higher per capita GDP had higher overall diabetes prevalence. Diabetes patients accounted for 7.3% of the 14 states and Chandigarh. Chandigarh had the highest 13.6 percent and Bihar the lowest 4.3 percent. Half of them were not aware of diabetes until the people covered under the survey were tested.
In the urban areas of Chandigarh, the prevalence of diabetes was 26.9% in the economically weaker group. Therefore, the proportion was 12% in the higher socio-economic groups. Bihar, on the other hand, had an upward trend. There was a 4.7 percent proportion of the poor economic and social groups in the urban areas and 15.4 percent in the upper classes. A high prevalence of diabetes was seen among poor economic social groups living in urban areas of Tamil Nadu and Maharashtra.

Do this to get rid of sugar

1. First, he has to resolve for it.
2. Do not take other items such as refined flour, artificial sweeteners or packaged food with sugar.
3. Sugar-rich drinks have to be discontinued.
4. Combine protein at each meal.
5. Eat less starchy foods.
6. Avoid stress.
7. Get a good sleep General Chat Chat Lounge.
Sharing