Skip to content
What is The Status Of Coronavirus in India,what a coronavirus, its symptoms, origin, treatment all the details about it? 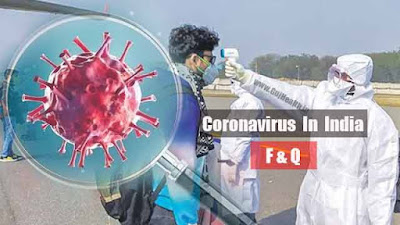 All information about Coronavirus  that you do not know.

What is the coronavirus?

the symptoms of this illness are  cold, cough, fever, phlegm in the lungs and the disease spreads more, then the chances of pneumonia in the lums increase due to difficulty in breathing, feeling pain, fatigue and water filling in lungs due to pneumonia Starts due to which there can be a lot of problems like liver damage, hard damage and probably those people don’t end up in hospital at all we only know about the more severe cases which is where people have gone on to develop viral pneumonia and those people obviously end up in hospital and all the deaths have been amongst those people.

The new corona virus is believed to come from animals. And it originated in Wuhan, China’s seafood market. And some scientists .Pangolins animals are responsible for this disease. as we know all the cases have come out of Wuhan so some of these people are in places like Thailand and Japan but they haven’t picked it up there they actually got it in Wuhan and then they traveled in China.

Which People Are Most at Risk of Coronavirus Virus?

Where there are the most cases are older people, who are ending up in hospital, they are usually over 40 and the youngest person is diagnosed at around 13 or 14 years old, so it affects young children and those people does not do. The report found that patients who already have heart disease, diabetes, low immunity, are more likely to develop the disease.

How Is This Virus Transmitted?


Coronavirus is actually transmitted from one person to another it was hoped at first actually that it just came from animals as all corona viruses do but now it looks as though it is actually passed from one human being to another so we’ve got people-to-people transmission because the markets been closed for some time and there are cases in people who’ve never been near.

what treatment is available?

it so there actually isn’t any treatment at the moment at all because this is a virus antibiotics won’t work that they only work against bacteria not viruses so really you want to know antiviral treatment but none of the flu drugs that we’ve got we have got a couple of those will work on this a corona virus is believed to come from animals. And it originated in Wuhan, China’s seafood market. And some scientists .Pangolins animals are responsible for this disease..

how serious is this outbreak compared to other in the past?

Corona virus is a new disease, so everyone is afraid of it, we do not know what the consequences of it can be. it’s going to behave but I have to say we perhaps ought to put it in the context of some of the other things I went to Sierra Leone to cover the West Africa outbreak of Ebola and that was killing more than half of all those people who were infected SARS which was a novel coronavirus just like this one back in 2002 did end up causing a global panic and that was largely because nobody had ever seen it before but also the death rate was at around 10% well here so far we’re talking about a death rate of 2% which is a lot less and it does look as if many of those people actually have had underlying health problems which would make it more likely that they would die they could equally have died of flu so you have to put it into that context I think you.

Approximately 1000 plus deaths in China, the global death toll from SARS

Corona virus is infecting people by spreading from the air:

Earlier, the virus was said to be infected by exposure.


With the outbreak of the Corona virus, it has emerged that governments and medical experts around the world can be upset. Authorities in Shanghai say the corona virus is now floating in the air in tiny droplets, infecting another person with air, a process known as aerosol condensation. Until now, it was said that the virus infects only with direct contact with the victim. Corona virus spreads through the air, Vice President of the Shanghai Civil Affairs Bureau said, “Aerosol transmission” means that the virus is found in the air. Is. According to medical experts, the infection is spreading due to breathing. So we urge people to follow the government-issued guideline to protect other family members from this infection.

What is The Status Of Coronavirus in India


India is one of the 20 countries in the world where airborne travelers are at risk of getting corona virus. Germany, Humboldt University and the Robert Koch Institute analyzed 25,000 flights from 4000 airports worldwide. The virus is at risk of reaching from seven Indian airports, including Mumbai, Kolkata, Bengaluru, Chennai, Hyderabad, Kochi.
Sharing