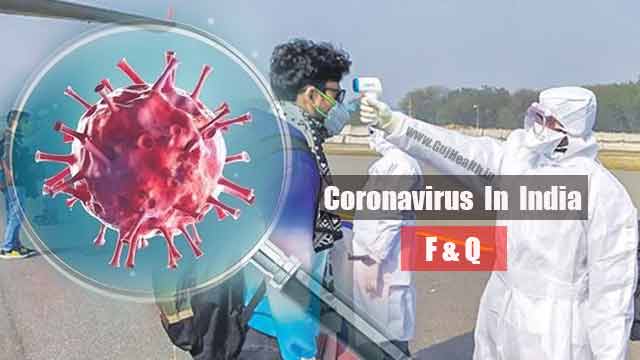 The first death from coronavirus in India was in the southern state of Karnataka. A female passenger from Saudi Arabia died on February 29 after returning
The second death came from Coronavirus, who is 68 years old in Delhi and is also a female patient.

While other countries in the world are battling the Corona virus, life in China is on the rise again. Because China has largely lost control of the corona virus. China first rattlesnake to overcome Corona. Build hospitals. When the virus started to spread through Wuhan city and Hubei province, it was completely lockdown. Social media apps tell people where to go and where not to go. Its effect is visible. According to the WHO, about 1600 Corona cases were reported in China on February 16 and more than 200 people were killed. In the last 24 hours, only 11 cases have been reported and 13 have been killed.

The Second Biggest Threat To The Corona Virus

Iran is the second country after China and Italy, where the Corona virus has been most affected. So far 514 people have died in Iran. This figure is growing very rapidly. Meanwhile a satellite image has surfaced. From space. The graves appear in this photo taken. Has been claimed. The Washington Post has been the backbone of this satellite image published by Maxus Technology. According to the news, the tombs belong to the Behemoth-e-Mashomah Cemetery in Koum City. Excavations have begun on February 21. By the end of February, the 100-acre site has become a cemetery. Satellite photos show that the number of tombs is increasing as the transition progresses. Reportedly, the area was completely empty in the photo taken in October. At that time less than 10 percent of the people were buried in one part, but by early March the place was completely filled.

Fear is spreading across the country over the Kora virus. Know the Gujarat. The America tour of folk singer Kirtidan Gadhvi has been canceled. During the 20 days, 8 programs were held. But the tour has been canceled due to the Corona virus. While all public programs at Saurashtra University have been canceled till March 31. The Health Department issued a circular on this. Is. Seminars in Hindi and Physics have also been canceled. Government notification after March 31. Programs will be organized accordingly. The 49-year-old man from Ahmedabad in Jamnagar has been shifted to Isolation ward at GG Hospital, suspected to be a coronary virus. They came from Kenya – Sharjah. Their blood samples have been sent for testing.

The government will provide Rs 4 lakh to the families of the coroner who died in India, and the prevalence of the corona virus has increased in India and so far two people have died. Now seeing this, the central government has announced relief. According to the Home Ministry, the family will be compensated 4-4 lakhs on the death of people infected with the corona virus. It is worth mentioning that in India so far 85 positive reports of corona have been reported.

Corona Virus: Masks and Sanitizers Have to Sell at Affordable Prices

Corona virus cases are increasing steadily in India. In view of this, the government is also taking continuous steps. Given that the mask and sanitizer are not available in the market due to the threat of corona virus among them, the government has decided to include both of these items in the Essentials Act.
According to the ministry statement, the government has amended the Goods Act 1955. Under this, masks and sanitizers have been ordered to be declared as essential commodities under the Goods Act, 1955 by June 30, 2020. The Central Government has provided powers under the Goods Act to the States by the Act of 1972 to 1978. Therefore, states / UTs can prosecute violators of the Goods Act. Violators of the Goods Act can also be sentenced to up to 7 years. Apart from this, they may also have to pay a fine or be punished with both. Let you know that the Corona virus has been declared a global pandemic by the World Health Organization. Spreading the virus. It is advisable to use masks and sanitizers to prevent it.
Sharing